UDO DIRKSCHNEIDER Interviewed On KASC THE BLAZE 1330 AM 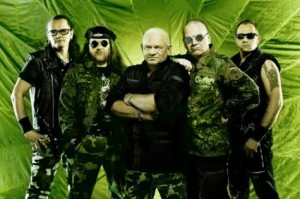 KASC The Blaze 1330 AM (web site) recently conducted an interview with former ACCEPT and current U.D.O. lead singer Udo Dirkschneider. The chat is now available for streaming using the SoundCloud player below. 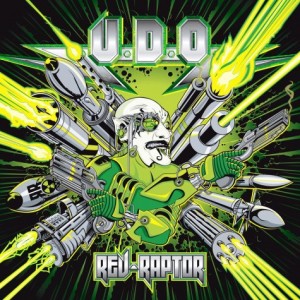 “Rev-Raptor” was released on May 20 via AFM Records. The effort was made available in the following formats:

The digipak contains the two bonus tracks “Time Dilator” and “Heavy Metal W:O:A” plus the videos for “Leatherhead” and the second single, “I Give As Good As I Get”.

The Japanese version of “Rev-Raptor” includes the bonus tracks “Stormbreaker” and “Bodyworld”.

The green-vinyl edition of “Rev-Raptor” is limited to 200 copies and available exclusively via Nuclear Blast mailorder.

The recordings for “Rev-Raptor” took place between June 2010 and February 2011 at Roxx studios (owned by U.D.O. guitarist and ex-ACCEPT drummer Stefan Kaufmann) in Pulheim, Germany. The CD was mastered by Manfred Melchior at MM Sound Digital studios in Steinhagen, Germany. The album’s cover artwork is once again a comic-like motif: but the “Dominator” character is this time “a lot more effectual and colorful,” according to a press release.

“Rev-Raptor” was originally scheduled for release in January but was delayed by the back problems experienced by Kaufmann, the same issue that forced him to quit playing drums for ACCEPT back in the day. Stefan recently received medical treatment for this condition and had recovered enough to have played with the band on November 6, 2010 at the Rock Antenne festival at Schwabenhalle in Augsburg.