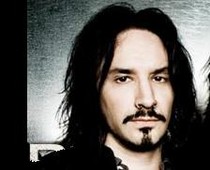 “It is with regret that we have decided to cancel the remaining dates on our current headline tour. Our friend and drummer, Roy Mayorga, suffered a minor stroke a couple of nights ago after our show in Des Moines. He’s doing great and is expected to make a 100% recovery. We apologize to all the fans and look forward to getting back out on the road with Roy in the coming months.” 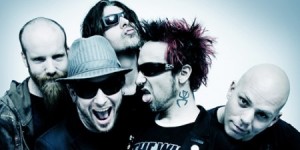 Mayorga joined STONE SOUR in 2006 after the band’s previous drummer, Joel Ekman, was forced to leave the group in order to spend time with his nine-year-old son, who was diagnosed with brain stem glioma (brain cancer).

STONE SOUR bassist Shawn Economaki was forced to leave the band’s current tour to deal with undisclosed “personal issues.” For some of the recent shows, STONE SOUR continued to play with a replacement bassist.

STONE SOUR took part in the “Avalanche Tour” with SKILLET, THEORY OF A DEADMAN, HALESTORM and ART OF DYING.

The band’s third album, “Audio Secrecy”, has sold 171,000 copies in the United States since its September 2010 release, according to Nielsen SoundScan.