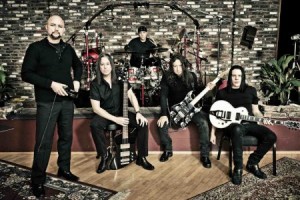 Seattle progressive rockers QUEENSRŸCHE will take part in a very special performance and meet-and-greet for those fans who purchase the band’s new album, “Dedicated To Chaos”, at East Street Records. The first 300 fans to pick up the CD from Easy Street on release day, June 28, will get a ticket to the QUEENSRŸCHE CD-release party at the Hard Rock in Seattle, Washington on June 30. The doors will open at 7 p.m. and QUEENSRŸCHE will play a short set at 8 p.m. and then sign CDs and meet and greet everyone in attendance. 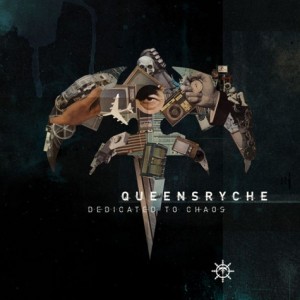 In a recent interview with the U.K. branch of Roadrunner Records, singer Geoff Tate stated was asked if there is a particular theme or concept running through “Dedicated To Chaos”. “What we tried to do on this record was really just tap into our creative side and to celebrate the creativity with having a varied record,” he said. “It’s a collection of songs that is indicative of the band at this point in its career. We have a lot of variety in the music on this record.”

When asked whether the band approached the recording of the new album in a different way than they did previous releases, Tate said, “In some ways yes, in some ways no. We usually try to sit down and kind of map out a little bit of an outline or game plan as to what we wanna try to accomplish with a record. And this one was really about trying to capture a wide variety of music. We wanted to explore the freedom of not having a theme or a concept to adhere to, but to really explore our creativity and see where we could take our music.”

Regarding the title of the new album, Tatesaid, “The title ‘Dedicated To Chaos’ is really a statement from the band. We’re dedicated to creativity. Chaos is the place where creativity lives, it’s the beginning, the origin of creativity, and we’re dedicated to that, no matter what the cost. We define ourselves with each record and I think that’s something that’s very rare in today’s world where everyone is very concerned about conforming to a stereotype to become a product in order to be sold. And I think that’s one of the things that’s kept QUEENSRŸCHE going all these years — that reluctance to conform to somebody else’s idea of who we are supposed to be.”

Tate has made his own video for QUEENSRŸCHE’s new song “Wot We Do” featuring footage from the group’s 2010 Queensrÿche Cabaret tour. Check it out below. The track comes off “Dedicated To Chaos”, which will be released on June 28 in North America via Loud & Proud Records, a Roadrunner Records imprint focusing on established artists. The band is currently touring in support of the new opus, which was recorded in the group’s hometown and produced by Kelly Gray.