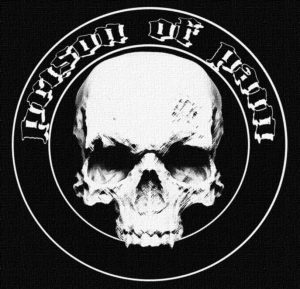 A huge dollop of Grooving Southern Heavy Metal from the Rhineland! Why not. Düsseldorf, North Rhine-Westphalia, two years ago, is when this quintet first congealed. They are lead in battle by the chrome-domed Pete Stone, who muscularly propels the band. “The Witch”, as the song is called, which is seasonally apt both for Oktoberfest and Halloween, and as so is posted front and center on the band’s Facebook page, culled from a recent festival appearance.

Yet another band that doesn’t seek to re-invent the wheel but that is good as the band are intense and reminiscent of such timeless bands as Germany’s Poison and Death Row. (Prison of Pain’s logo, though, is too emblematic of what Swiss outfit Coroner already have as a logo, I think.)

Unabashed, the band rip through heady tunes like “The Greatest Motherfucker” with deathly metallic aplomb. Kai Peters and Andreas Schroter make a fearsome tag team duo and lock in perfectly with the hammering onslaught of drummer Frank Deutmarg. Pierre Liffers offers basslines sort of like the blower bass experience of early Voivod.

Prison of Pain is a serious asset to the heaviest spectrum of ultra-heavy metal and they look poised to really pulverize the competition with their tunes.

The winning demo, the self-titled “Prison of Pain”, includes an EP’s worth — about 15 or so minutes — of non-stop firepower: “Death Scythe”, “Let Burn Nothing”, and the foot-stomping “Prison of Pain” is a rampaging delight to battle-ready ears.