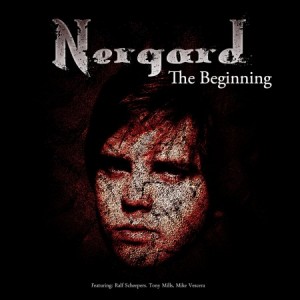 Norwegian musician and composer Andreas Nergård has spent the past year writing material for a metal musical entitled “Memorial For A Wish”. The musical is currently being recorded at the Trondheim Studio in Trondheim, Norway with producer Conor Patrick for release as two separate albums (“Act 1” and “Act 2”) during 2011-2012. A promo EP entitled “In The Beginning” will be released on May 30 containing three tracks from the musical, with special guest appearances by Ralf Scheepers (PRIMAL FEAR, GAMMA RAY), Tony Mills (TNT, SHY), Mike Vescera (YNGWIE MALMSTEEN, LOUDNESS).

The story of “Memorial For A Wish” is set in Dublin, Ireland, in 1890: A young man by the name of Peter O’Donnell is arrested and wrongfully accused of a burglary which he did not commit. After a short trial, he is sentenced to prison for twenty years. In desperation he is forced to leave his pregnant wife behind and live in solitude behind the prison walls. Twenty long years pass by and Peter is released from jail, only to find out that his beloved wife died many years ago while giving birth to their daughter. The friends he once had turn their backs on him and let him face the grief all alone. This eventually tears him apart. As the sorrow and despair become too much to handle, he ends up committing suicide.

“Memorial For A Wish” recording lineup:

More singers will be confirmed during May and June.