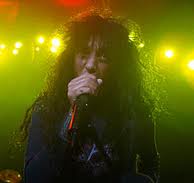 When asked in a recent interview with RockMusicStar.com why he decided to do solo dates at this time, Joey replied, “Well, I’m always putting dates together. Right now, I’m working with some agents and we found some places to play. But I’m always pursuing that, regardless. I’ve been doing this solo for so long and even though I’m with ANTHRAX now, I’m still doing it. It’s not just because I have nothing to do, but because it’s what I do. We really aren’t working that much (with ANTHRAX) anyhow, but at the same time it really doesn’t have anything to do with that. But, the dates are just falling in this year, as opposed to last year. I also play out every weekend, locally. I have a cover band called CHIEF BIG WAY. And we do a classic rock covers from BOSTON, JOURNEY, FOREIGNER, LED ZEPPELIN and bands like that.”

On the topic of whether he plans on releasing a new BELLADONNA CD anytime soon, Joey said, “I have about three-quarters of a record ready. And we are trying to finish it up. It seems like it takes forever, but it’s really a matter of who is available to work on it and finish it. And of course, I have to start working on some ANTHRAX material as well. I have been, but there is still more work to do on that one. So that’s going to take some time, but that shouldn’t interfere with what we are doing to finish up the release. But, I’m really enjoying the music that we are creating.”

Regarding the sound of his new solo material and how it compares to his previous solo work, Belladonna said, “I think that it’s a bit more metal in some ways. It’s harder, it has different tunings and it is a bit more intricate. But it’s still hard and heavy rock. There is a bit of old-school thrash. But I really don’t want to put any labels on it.”