JANE’S ADDICTION Performance To Be Streamed Live From San Francisco 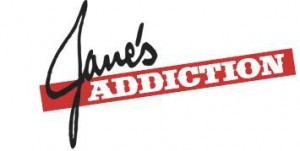 Coming off a fiery performance this past Friday night (May 6) at the seventh annual MusiCares MAP Fund benefit honoring DEPECHE MODE lead singer Dave Gahan and Vans Warped Tour founder Kevin Lyman, JANE’S ADDICTION will play a live concert Tuesday, May 10 during the Google I/O Developer Conference at Moscone Center in San Francisco, which will be livestreamed in state-of-the-art HD. The performance by the groundbreaking band’s Perry Farrell (lead vocals), Dave Navarro (guitars) and Stephen Perkins (drums), with Chris Chaney on bass, is part of the Google I/O After Hours party and will also feature San Francisco DJs Mark Farina and Miguel Migs, with music visuals by Sexyvisuals. Google will be live streaming the private concert from I/O Live at www.google.com/io from 7:30 to 9:30 p.m. PDT. Look for JANE’S ADDICTION to perform a set encompassing classics and material from their upcoming album, “The Great Escape Artist”, to be released this August on Capitol Records.

“The Great Escape Artist” was recorded in Los Angeles with producer Rich Costey (MUSE, FRANZ FERDINAND, INTERPOL), with TV ON THE RADIO’s Dave Sitek on the team. Sitek, best known for his production work on TV ON THE RADIO, YEAH YEAH YEAHS and THE FOALS, is writing, programming, and playing bass on the album.