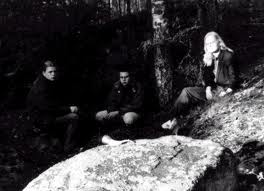 The Death Metal jamboree continues on the radio – Finnish Funeral Doom ala Thergothon; Asunder is getting a special spotlight. This craze is now beginning in it’s embrionic journey but rest assured I have heard the truth: Finnish Death Doom is where it’s at – I am sure that now is the time to check out your country’s local Death Doom scene.

There is great Death-embrached Doom kinfolk what ever region you are may be situtated.

What is at the heart of Death Doom?

It is a glorification of those wonderful states that we are afraid to tell anyone that knows us that we really like: Loneliness, transient sadness, tiredness, bad weather day, closed in places, contentious, comfort foods, etc.

While Black Metal gets eaten away these days, and not by a hungry made-of-metal Gigantor, rather, Folk, pirate melodies, and plain mainstreen metal 2011 nu-wave, no-wave, tye-dyed eternity wave – post industrial; name it and it is trying to do a mind meld with our beloved Blackened Heavy Metal.

That is a lot of infiltration for any genre, that I’ve listed. 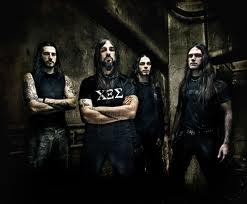 But, as we spawned Immortal, Rotting Christ, and Behemoth, to name a few.

We are in tough, rough hewn hands – and we will be delivered by all such agitation.

The Black Veil Brides try to get the young Goths to go for ’em.

Not on my watch.

Make room for the heaviest light brigades on the planet:

Rompeprop – ‘N/A’ – Porno-Grind Death Metal with more than a wink and a nod back back at the genre greats like Morgoth, Death, Asphyx, Cadaver, Autopsy. Rich, deep tones lurch forth from the larynx of Rompeprop‘s fine voxist.

Vomepotro – ‘N/A’ – From the first seconds of this song, which serves as my introduction to this Sao Paulo, Brazil Death squad, I am keenly aware that these guys got their act together.

Upon researching, I find that 10 years passed between their first demo in 1996 to their debut LP in 2006. 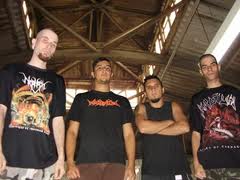 Vomepotro have made two albums to date. This cover of Sepultura’s ‘Hypnosis’ is done radical justice.

Vulcano and Mutilator were once the toast of the town in Brazil, back in the Middle of the 1980’s. Back then I used to go bananas for Death/Thrash south of the border.

There are still many bands cranking out albums from down there that need more exposure.

Vomepotro have learned valuable lessons from keepin’ an eye on the Seps. 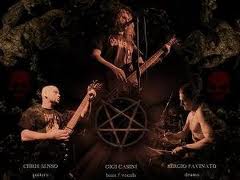 Mind Snare – ‘The Noble Ancestry’ – Not to be confused with the Hardcore band with the same band name from Australia.

These Italians heave forth the title track of their only full-length studio opus to date.
‘The Noble Ancestry‘ debuted on the world stage in 2003. 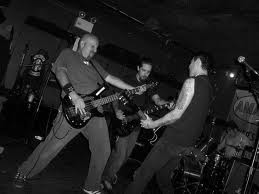 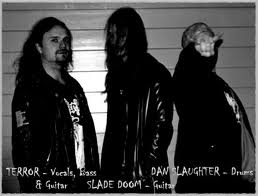 A tapping thrash beat propels this one along. Death Metal with a non-commital nod to Black Metal.

Someone exclaims ‘F*ck’ and we are segued into this next cut: 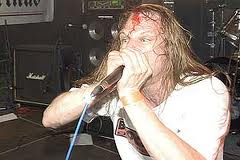 Inhumate – ‘It’s Back’ from ‘The Fifth Season‘. A take-no-prisoners, accept no equals, Death Metal played to the hilt.

Anaal Nathrakh – ‘Eschaton’ – For those who may not know this album is a concept album based on the end of the prominent era in which we live that is due to come down upon us December 21st, 2012. 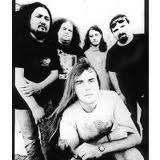 When a band embarks on something as convolulted, intricate, and based on what could, in this case, hopefully not be – just hyperbole, it takes a certain pulling out of all the stops.

Judas Priest did the 2012 thing in the shape of their latest album, ‘Nostradamus‘ and have seen as of just recently, KK. Downing taking a permanent powder. Such is the stress created by doing a concept album.

I commend Anaal Nathrakh for challenging themselves and their fans. 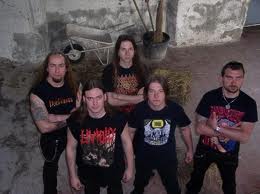 The vocals are of the kind that may be heard in DeathGrind/PornoGrind/GoreGrind/Grindcore. The t-shirts that these young guys wear in one of their band photos are adorned by Morbid Angel, Lividity, Napalm Death, and Cannibal Corpse.

As for the music, there is a downtuned, distorted bass guitar, simple riffing, endless double-bass, pitchshifted vocals and the kind of simple riffing that can be deciphered without needing a a zillion dollar equalizer.

Actually, the vocals sound pretty natural like on a Concrete Sox record. Hey, Crust Punk was seizing the current style way back when before it became the thing to do to be
Wearing your influences on your sleeve – may be a cliche, but it is true in this case!

I want to hear more. 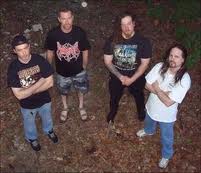 Sapremia – ‘Life Of Fantasy’ – Chunky riffing at midpace takes center stage for a tune sounding mighty evil replete with Deicidisms on the vocals side.

Internal Revulsion – ‘Contemptuous Corruption’ – Soggy like an old bowl of corpse flakes for breakfast but it sure gives sustenance. 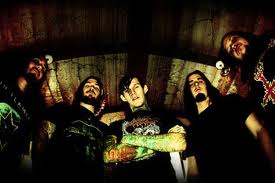 Carnifex – ‘Innocence Died Dreaming’ – Carnifex hack and slash and saw their way to the meat of the story.

Another good and gory story.

Acephala – ‘Delirium Of Decay’ – Acephala bring brass knuckles to the bludgeon feast. Acephala are tough and strong and you need to give these guys a full album to let ’em really show ya.

Rapture – ‘Clockwork Hatred’ – Along with a great song title, Rapture chuggs and pulls you along on quite a solid brutal death cut. 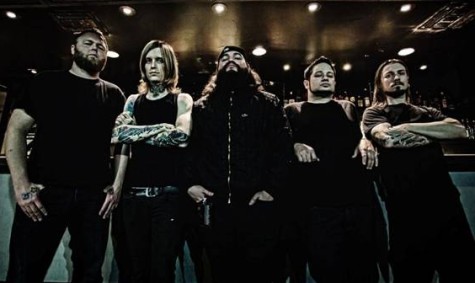 All Shall Perish – ‘Wage Slaves’ – instead of slave wages. Hardcore Metal fueled teeth-gnashing ruling brutality. Kudos go out to the very punishing, physical demolition of the drum kit.