Anthology – Scream Into The Darkness 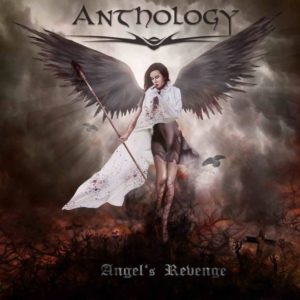 Anthology are an ambitious, charging young (Nizna) Slovakian female-fronted atmospheric Heavy Metal band who have started an Indiegogo campaign for their third effort, “Angel’s Revenge” (3rd LP), which is imminent.

The word needs to get out about Anthology’s music as the towering, soaring vocals recall Tarja Turunen at her absolute best. The band have been in operation from 2009 to the present.

Melodic Power Metal donned with all the trimmings of mystery and fantasy are Anthology’s forte.

Helloween/Masterplan’s  star guitar player and top producer, in his own right, Roland Grapow took the helm on the last Anthology album.