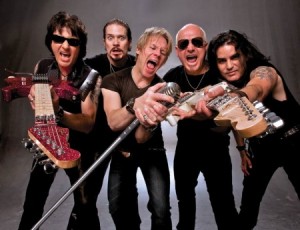 Azul TV conducted an interview with WARRANT singer Robert Mason and guitarist Erik Turner when the band played at Hard Rock Seminole in Tampa, Florida on April 22, 2011. You can now watch the chat below.

WARRANT’s new album, “Rockaholic”, was released in North America on May 17 via Frontiers Records. At the helm of the CD was mega-producer Keith Olsen (OZZY OSBOURNE, WHITESNAKE, SCORPIONS), with the mixing duties having been handled by Pat Regan (KISS, DEEP PURPLE, TED NUGENT). 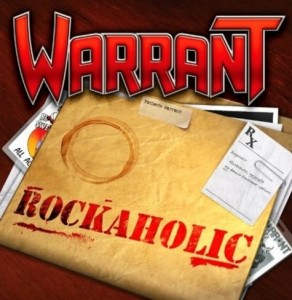 In a recent interview with the Phoenix New Times’ “Up On The Sun” blog, Mason stated about WARRANT’s new material, “We really took our time, and, through a couple years of doing ‘fly’ dates, we kinda said, well, the band works, we’re all doing it for the right reasons, we’re all really happy on stage. It’s great playing this legacy of music, and the fans love it, so why not [write some new songs] — but we were careful about it. We didn’t just throw a record together. We test-marketed a couple of these songs live last summer, just springing them on the audiences. ‘Hey this is something you’ve never heard before,’ and by the end of the song, everyone is singing along, or buying into it. So we figured we should put the record out.”

When asked if WARRANT felt a lot of pressure writing the new material to live up to the hit songs the band had scored, Mason replied, “We’re just musicians. I’m just a songwriter/singer in a rock band. I was writing songs for this record, and personally, did I feel like they had to fit into an old-school WARRANT mode? To a degree, but I don’t really think you write songs like that. The fact that we are all from the same headspace, it kind of worked out that way. Some of these songs sound like a bit of a departure, but there are tracks on this new CD that we played live in the rehearsal room, and they came together through pre-production and shit, for the year prior or so to this record, and they sound like WARRANT songs to us. It’s just me singing. My voice is a little different than the original singer, but it’s just a thing were you go on, and you write songs. I turned over things I had written, and say, do your thing, play it the WARRANT way, and they could do nothing else, and I would ask nothing else. So, is that the long way of answering yes? (laughs) I didn’t feel pressure, or intimidation, but there was a certain responsibility.”

« AC/DC Frontman On Whether Band Will Tour Again: ‘I’d Sure Hate To Say That’s The End Of It’ EMMURE, IWRESTLEDABEARONCE, IN THIS MOMENT To Take Part In ‘The All Stars Tour’; Dates Revealed »