The Resistance: Behind The Scenes At First Photo Shoot

THE RESISTANCE, the new Sweden-based metal band featuring former members of IN FLAMES, THE HAUNTED and GRAVE, recently took part in its first official photo session.

Several pictures of the guys hanging out and getting ready for the shoot can be viewed below (courtesy of Stina Losbäck Holstad).

THE RESISTANCE’s lineup is as follows:

More information on THE RESISTANCE will be made available soon.

Strömblad quit IN FLAMES in February 2010 in order to continue receiving treatment for his alcohol addiction.

DIMENSION ZERO’s third album, “He Who Shall Not Bleed”, was released in 2008 via Vic Records. The CD contained “11 tracks of aggressive, fast and melodic Gothenburg metal,” according to a press release.

FACE DOWN entered the Swedish hard rock album chart at position No. 19 with its last effort, “The Will to Power”, which came out in November 2005. 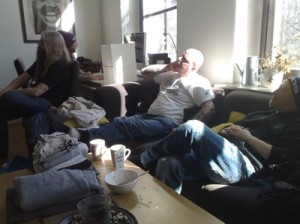 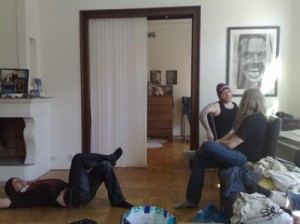 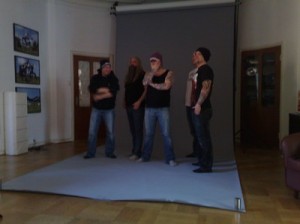