Settlement Efforts Between Axl Rose And Former Manager To Continue 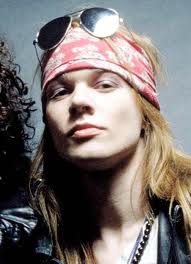 According to the Beverly Hills Courier, GUNS N’ ROSES frontman Axl Rose and Irving Azoff’s Front Line Management, which once represented the singer, are continuing their mediation efforts to settle dueling
lawsuits.

During a brief hearing before Los Angeles Superior Court Judge Rita Miller, the lawyers for Rose and Azoff said they plan to meet with the mediator, a retired judge, on April 25. Trial is scheduled the next day.

Rose was sued by Front Line Management in March for nearly $2 million dollars in unpaid commissions, according to the Associated Press. The
company filed a lawsuit in Los Angeles, claiming that Rose owes the company $1.9 million, or 15 percent of the more than $12 million that Rose has earned from performances in Europe, Canada and South America, based on an oral agreement.

Rose responded by filing a countersuit that claimed Azoff tried to bully
Rose into doing a reunion tour with the original GUNS lineup. According
to The Pulse of Radio, Rose claimed in his suit that Azoff did
everything he could to sabotage the current version of GUNS after Rose
said no to the reunion idea last year, alleging that Azoff tried
“devising and implementing a secret plan to set up Rose and the band for
failure so that Rose would have no choice but to reunite with the
original GUNS N’ ROSES members.”

Rose’s suit added, “Upon realizing that he couldn’t bully Rose and
accomplish his scheme, Azoff resigned and abandoned GUNS N’ ROSES on the
eve of a major tour, filing suit for commissions he didn’t earn and had
no right to receive.”

The claim also added that Azoff, in his own lawsuit, deliberately used
Rose’s real name, William Bailey, because it “carries significant
emotional damage from Rose’s childhood.”

In October 2010, Azoff filed an official answer to Rose’s charges by
asserting 14 affirmative defenses to Rose’s claims he breached fiduciary
duty, committed constructive fraud and breached a contract. According to
The Hollywood Reporter, Azoff states in his response that Rose claims
“are barred by statute of limitations; there was a waiver; There was an
accord and satisfaction; that Rose consented to Azoff’s actions; that
Rose failed to take reasonable steps to mitigate the damage; and that
any harm that came to Rose was due to the singer’s own negligence, fraud
or misconduct.”