RUDY SARZO On Coping With RANDY RHOADS’ Tragic Death: We All Deal With Grief In Different Ways 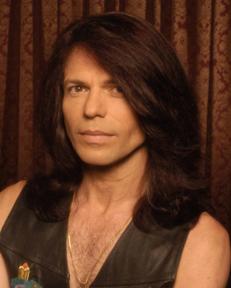 When asked about the tragic 1982 airplane accident — a morning joy ride gone horribly wrong in Florida — that took the life of OZZY OSBOURNE/ex-QUIET RIOT guitarist Randy Rhoads, Sarzo said, “We all deal with grief in different ways. You’re grieving and you learn to live with the passing of your friend — somebody who I owe my career to, someone who saved our lives by turning the plane from actually completely crashing into the bus where we were sleeping, and just clipping the bus instead.”

On rejoining his and Rhoads’ pre-Osbourne band, then a relatively unknown Los Angeles bar band by the name of QUIET RIOT:

“I left the biggest band in the world to join total uncertainty. I just needed some peace of mind. Thank God it turned out how it did. When we got to be No. 1 in 1983, we were competing with ‘Thriller’, we were competing with ‘Synchronicity’ — all great albums of that era. That was quite an honor. It was more than just selling records. It was what it meant to achieve that in the company of artists like Michael Jackson and Sting.”

On immersing himself in American rock ‘n’ roll after his family left Cuba for Miami in 1961, when he was 10:

“After Miami, in 1964, we relocated to New Jersey. I grew up in West New York. I went to Public School No. 5 and Memorial High.