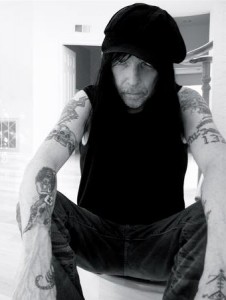 MÖTLEY CRÜE guitarist Mick Mars tells the Dallas Observer that he recently jammed with legendary jazz guitarist George Benson, and the two found that they had a lot in common — namely that they’re both fans of Wes Montgomery. The session so affected Mars, he’s now considering releasing a solo effort of R&B, soul, and blues songs. However, he is no rush to enter the studio — according to the guitarist, it will happen “if and when I find the right people.” He adds, “I found the right drummer, and I’ve asked Macy Gray if she’d like to guest on it. It’s not going to be anything like MÖTLEY CRÜE, but a lot of different cultural beats. I call it ‘pure music,'” citing the work of Carlos Santana as an example of what might come.

Mick Mars’ signature guitar sound has become a staple of American music and Mars has been deemed one of the world’s greatest guitar players from critics around the globe to many recording artists and musicians who credit Mars as an influence, which include such notables as Slash, Joe Perry from AEROSMITH, Carmine Apice, Alice Cooper, BUCKCHERRY, and Marilyn Manson, just to name a few.

In August 2008, Cherry Lane Music Publishing Company, Inc. published “Hooks That Kill – The Best Of Mick Mars & Mötley Crüe”, a collection of Mick Mars-approved notes and guitar tabs for 15 songs from the legendary guitarist of MÖTLEY CRÜE. It includes: