MACHINE HEAD Frontman On New Album: ‘I Think We’ve Really Taken Our Music To Next Level’ 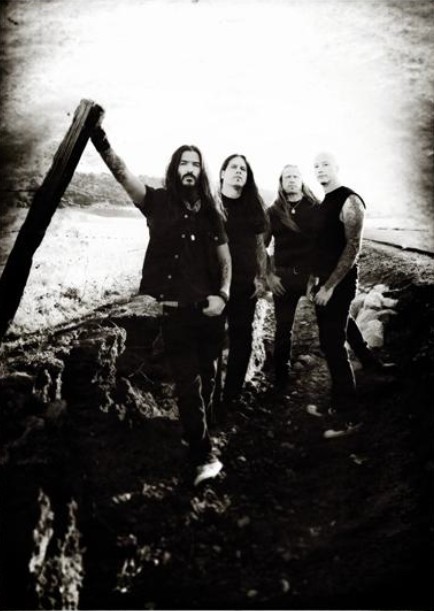 Aidin Vaziri of the San Francisco Chronicle recently conducted an interview with guitarist/vocalist Robb Flynn of San Francisco Bay Area metallers MACHINE HEAD. A couple of excerpts from the chat follow below.

San Francisco Chronicle: At eight minutes, [the new MACHINE HEAD song] “Locust” is probably six minutes too long to get on the radio.

Flynn: Yeah, we’re not exactly trying to reach the Alice crowd with this one. It’s got a solo section that’s over two minutes long — most pop songs now aren’t even that long. We’re conditioned that everything needs to be three minutes or it’s not going to connect. I think music should take you on a journey. Riding a train is cool, but riding a roller coaster is more fun.

San Francisco Chronicle: Is the rest of the album stacked with epics?

Flynn: I think we’ve really taken our music to next level with this. We feel super-excited about it. I started taking some singing lessons with the guy who worked with Mick Jagger and Lady Gaga. And then I took some classical guitar. I wanted to feel like a beginner again and not be comfortable and see what that brought out. There’s definitely a big neoclassical vibe on the record between all the brutality.

San Francisco Chronicle: What’s the scene like backstage at the [Rockstar Energy Drink] Mayhem Festival? I imagine there aren’t too many guys sipping Chardonnay and playing pingpong.

Flynn: There’s a lot of testosterone in the air, that’s for sure. But it’s a good vibe. They did this great thing where every band on the tour is in charge of throwing a party every three days. There are just two conditions: You have to have an alcoholic beverage that sums up your band in some way. The second (rule) is the party has to have a theme. Last time, ours was the Fourth of July, even though it was in August. We got all these fireworks and shot them up until the cops came.

Read the entire interview from the San Francisco Chronicle.

“Locust” can be streamed in the YouTube clip below (courtesy of Roadrunner Records).