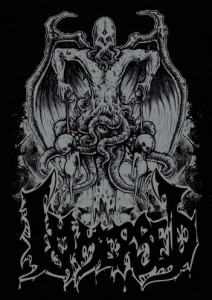 Canadian extreme metallers IMMERSED have inked a deal with Unique Leader Records. The band’s debut album, “In The Ire Of Creation”, will be released on August 2.

Formed in 2008 by Mike Chambers (guitar), Stefan Kushneriuk (drums), Stephan Meloche (guitar) and Mark Phillips (vocals), IMMERSED made its debut with a three-track self-titled demo. 2010 saw the addition of Gareth Allix (bass) which led to IMMERSED teaming up with Chris Bradley and Christian Donaldson (Garage Studios) to begin work on the aforementioned CD.