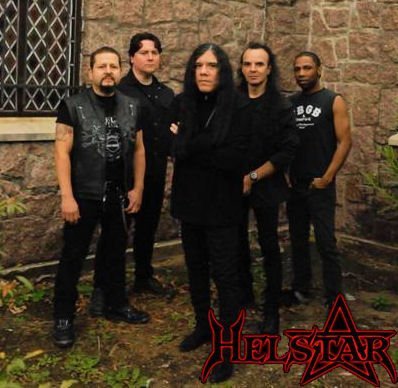 HELSTAR bassist Jerry Abarca is currently undergoing more testing to diagnose and treat his stomach-related illness. Abarca has announced he will take a hiatus from performing live until his health has fully returned and doctors have pronounced him fit for stage.

Abarca first fell ill during HELSTAR’s December 2010 “European Chaos” tour and was flown home to Texas, while Slovenian bassist Matej Susnik was then recruited to complete the trek.

HELSTAR will once again enlist the services of Susnik on the “Summer Of Hate” European tour, slated to take place August 25 through September 5. The trek will consist of eleven concerts covering eight countries (Netherlands, Germany, Belgium, Poland, Austria, England, Greece and Italy). A replacement bassist will also fill in on upcoming shows HELSTAR has scheduled in the U.S. Auditions are now underway; HELSTAR will announce the session player for this position once a selection has been made.?

Formed in Houston in the early ’80s, HELSTAR cut its teeth playing backyard parties and small club gigs. It soon became apparent that HELSTAR had much more to offer then its contemporaries. Combat Records snapped up the band and released HELSTAR’s debut, “Burning Star”, in 1984. Next came “Remnants of War”, followed by HELSTAR’s breakthrough album, “A Distant Thunder”, in 1988. The success of “A Distant Thunder” ultimately set up HELSTAR’s most critically acclaimed album, 1989’s “Nosferatu”.