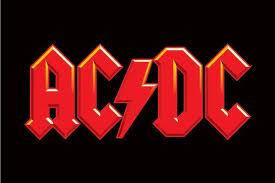 All five members of AC/DC will attend the exclusive world premiere of AC/DC “Live At River Plate” Friday, May 6 at London, England’s legendary HMV Hammersmith Apollo. Shot entirely in HD with 32 cameras, the thunderous excitement and intensity of AC/DC “Live At River Plate” will be experienced by fans on the U.K.’s largest movie screen (roughly the equivalent of four double decker buses stacked).

AC/DC “Live At River Plate”, a definitive live concert DVD documenting AC/DC’s massive “Black Ice” world tour, will be available for purchase on Tuesday, May 10. Shot in December 2009, “Live At River Plate” marks AC/DC’s triumphant return to Buenos Aires where nearly 200,000 fans, over three sold-out shows, welcomed the band back after a 13-year absence from Argentina. This stunning live footage of AC/DC underscores what Argentina’s Pagina 12 newspaper reported by saying “no one is on the same level when it comes to pure and clear rock ‘n’ roll.” Directed by David Mallet and produced by Rocky Oldham, “Live At River Plate” features 19 songs (110 minutes) as well as behind-the-scenes footage of this massive production coming together among the excitement of anxious fans (see below for full track listing).

AC/DC “Live At River Plate” will be available on DVD, Blu-ray and limited-edition collector’s edition with exclusive t-shirt. Additionally the DVD contains a bonus feature titled “The Fan, The Roadie, The Guitar Tech & The Meat,” containing interviews with AC/DC, their crew and fans among the excitement of the shows and the city of Buenos Aires.

* The Fan, The Roadie, The Guitar Tech & The Meat
* AC/DC Tour Animation

Check out a snippet of the song “Let There Be Rock” below.

According to OnSight.co.uk, after workflow planning for the three-day, 20-camera shoot, it was up to On Sight to make sure everything went smoothly. Axis Films took care of all HD cameras (including 15 REDs) as well as the production equipment. Axis Films also supplied DITs to manage all of the digital rushes produced during the three sold-out shows.

The seamless production was completed by the HD Lab who provided conform, online, mastering and deliverable services for Serpent Productions, who regularly work with some of the world’s best-known artists.

AC/DC singer Brian Johnson said in a recent interview that the band has no immediate plans following the set’s release, explaining, “We just want to have a rest, because we were on the road for two years. We played in front of five million people, and we deserve a rest.”

Footage from AC/DC’s Buenos Aires concerts was previously used in the video for the band’s classic album cut “Shoot To Thrill”, which served as the first single from AC/DC’s “Iron Man 2” soundtrack (featuring catalog material from the mid-1970s onwards). The video also incorporated exclusive footage from “Iron Man 2”.