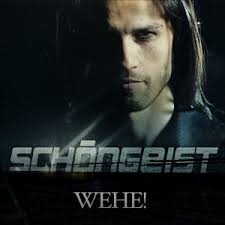 A rock band from Munich, Germany with an orchestral flair (cello player), led by the charismatic lead singer Timur Karakus, the songs and videos are all expertly produced.Lyrics are all in German. When Timur comes on he’s hypnotizing.Their first hit was off their debut record WeHe!

Other songs such as Zusammen are straight up rock.There is the Schongeist Street Team from the UK who follow him and post news updates .

Sometimes it’s interesting to hear music from other countries!

Big shout out to Natalya Kunetsova,who turned me on to Schongeist!

« Jorge Magliano – No Smoking Wild Roses – For the Exit »