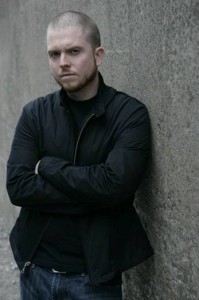 Jamey Jasta of HATEBREED and KINGDOM OF SORROW will release a solo album, simply titled “Jasta”, on July 26, 2011 via eOne Music.

A record many years in the making, this is a very different project for Jasta.

A three-minute video clip in which Jasta explains his decision to release the CD can be viewed below.

“Jasta” will feature guest appearances by a number of artists, including Tim Lambesis (AS I LAY DYING), pro skater Mike Vallely, Philip Labonte (ALL THAT REMAINS), Randy Blythe and Mark Morton (LAMB OF GOD), and guitar legend Zakk Wylde.

Jamey will present and perform at this year’s Revolver Golden Gods Awards next week at the Nokia Theater in downtown Los Angeles.

Jamey will be tour with KINGDOM OF SORROW this summer on the 2011 Rockstar Energy Drink Mayhem Festival.