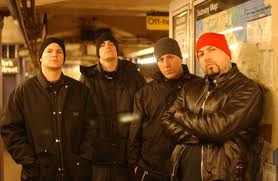 15. Biohazard – Brooklyn, New York – Boasting a band member who shall remain nameless due to my taking a discreet stance on this matter, who jumped the Biohazard ship to star with his missus in the greener, mo’ money pastures of the pornography business.

Biohazard were another wonderful New York City creation that melded Metal and Hardcore Punk into a palatable mixture.